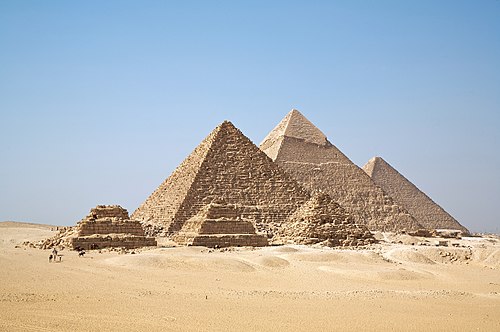 The civilisation of Ancient Egypt existed alongside the River Nile (in what is now modern Egypt) from about 3000 B.C. until it became part of the Roman Empire in 30 B.C. Ancient Egypt was ruled over by Pharoahs, for whom the famous Pyramids were built, but there were many other achievements in art, architecture, science, mathematics, medicine and literature.

A topic on Ancient Egypt could include many opportunities for Design and Technology based activities. These include designing, making and exploring through modelling: the Nile, Shadufs, Water Clocks, Surveying Tools, Measuring Instruments, Egyptian Houses, Irrigation Systems, War Chariots, Sarcophaguses and, of course, Pyramids.

The following 13 pages are in this category, out of 13 total.

The following 29 files are in this category, out of 29 total.